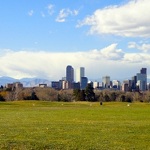 The Denver real estate market has lately shown strong signs of bouncing back from the country’s economic downturn. Part of this good news is the transformation of the Highland neighborhood to one of the more attractive residential locations in the city.

The housing revival in Highland during the 80s and 90s created a momentum that only slowed slightly during the bumpy 2000’s. Families attracted by the mix of historic districts and trendy entertainment

Adding to the stability of Highland is the growing diversity of its population. Besides young adults, new residents include older couples whose children are grown. The intimate neighborhood feel offers them an attractive alternative to sprawling suburbs.

Does this gem of the Denver real estate market sound like what you’ve been looking for? You too can become a part of this vibrant urban community by calling Ann Meadows at 888-860-1931.