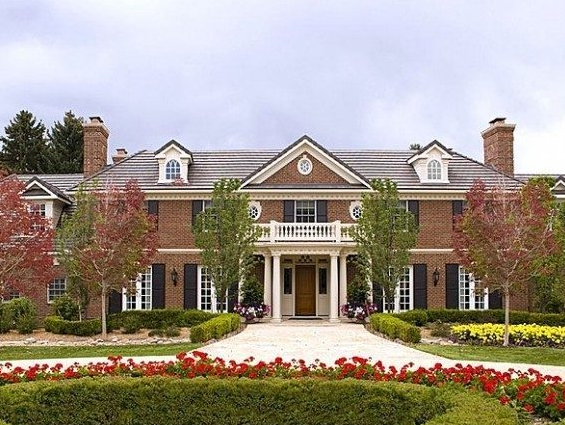 Did you happen to catch the home of the new Denver Bronco’s quarterback featured in Mountain Living magazine? Peyton Manning, who recently relocated from Indianapolis, picked a $4.575 million home in the beautiful Cherry Hills Village as his primary residence, at least during football season.

According to Mountain Living, “The 16,464-square-foot, seven-bedroom, 10-bath, two-story Georgian estate is situated on 3.37 landscaped acres.”

Cherry Hills Village is a Denver suburb located in Arapahoe County. It’s home to Cherry Hills Country Club, which will be the host of the 2012 U.S. Amateur on August 13-19th. It is also home to the prestigious Kent Denver School, which counts former Secretary of State Madeline Albright among its alumni.